The screenplay of the film seen by the naked eye, but it is very educational

The subjects of the Written 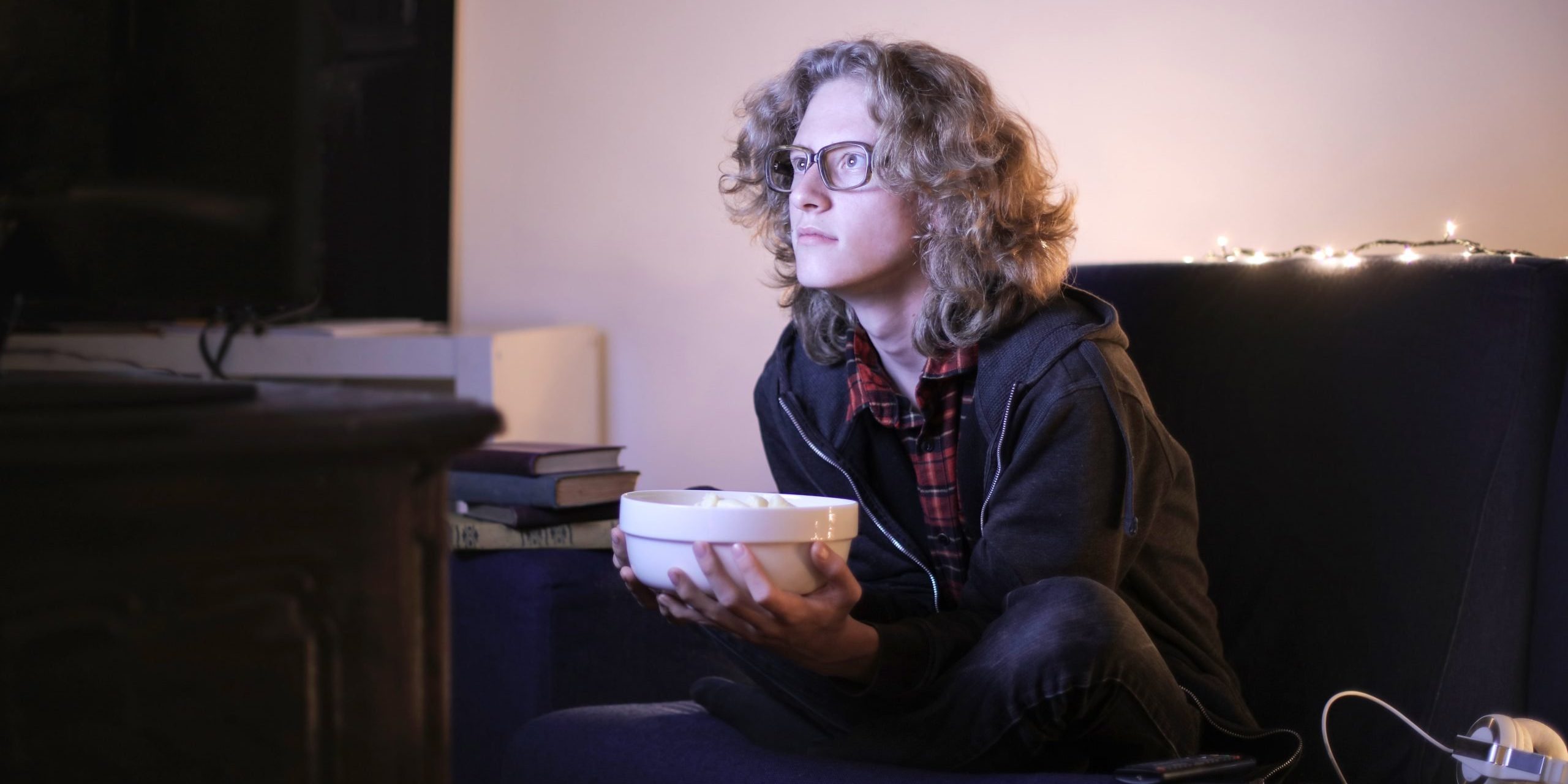 what is the script of the film, and how to write it? A script of the movie is a text that describes a story to tell. It is used to organize the dialogue, and the scenes of the story, snippets of dialogue, and moments of music, and the behavior of the characters in each scene.

It is precisely because of this that the script is important, because farmers need to know what's going to happen at each and every one of these scenes, from the small details like the characters are going to wear them for a great scene for a kiss. And in the script of the producer you can rely on to decide if it wants to make to the artwork.

The writer is the person who is responsible for writing the script. The difference between a writer and a writer, or a writer is that the writer focuses on what's going to happen in the sequel to the visual, which is the most important thing for the film's look.

What does the following look is the director, while the one who develops the plot, and language, that is, the writer, making a note of every small detail in the text. This will help to other professionals and, as in the movie, there are dozens of professionals who will be tasked to each and every part of making a film.

However, you, the writer, is the only member of the team that meets the following total look from the movie, including the storyline, so it's responsible for writing in a language that is specific to your itinerary.

What is the script of the film

In a script, film it, where the authors write, to create an atmosphere, describe the characters, the environments, and to talk to one another, so that in this story, or idea, that is, through the movements of the characters, and of the approach to the characters and, through dialogue, and be suitable for being played by the director and the producer.

The screenplay is a kind of a guide, or a map of the story, in which, once drawn, the promoter may set up the money for the project, and thus be able to carry the film. The producer is, agreements to hire people, and decides on a plan of the recording and marketing process.

Of course, the screenplay of the film is different from other types of writing, books, the theater, or even a tv or a radio, but there are some common points that we could use to describe :

READ on  Art is a journey into your inner artist

It is also important that you have a good script, but you can count it as a decisive factor for the acceptance of the road map, all of the following:

(2) If the officer knows or saw some of the work of the actors, or, as he takes part in the casting (casting director).

3. What will be the budget of the film, and how to put it into the production of the movie manages to make what you need.

How to write a screenplay for the film

Basically, the movie screenplay is an a written document thatthat includes all of the steps that are in the movie. It is divided into three main parts: the context of the story, and the planes of the picture.

The last part is composed of a series of scenes that are described in detail, and containing, at a minimum, a description of the scene, characters involved, and the infrastructure that is required to shoot the film, in the style of the scene, and its strengths and weaknesses.

The screenplay of the film is crucial to the film, as it is the document that records all of the events, scenes, actions, and reactions.

It will be carried out by a director, who is responsible for the idea of the film and its direction. However, the tour is one of the reasons for the production of the film.

The screenplay is based, or the realization of the vision of the director. Without it, many of the ideas are short-lived. If you have a story, you have to use a lot of imagination and taste, and it's important to know how to describe to you the details of what is in your mind.

This document is the guide, that is, a workbook, a statement as to how it will be in the movie. It's who is going to guide you, and is going to show you all the ways to get to the end of the project's success.

The development of the script of the film may be long and complex, but it will all depend on each of the principal. His knowledge, experience, and skills to the table, are a determining factor in the performance of this work. Techniques such as analysis, design, and organization that are practical, that will help you with your work. Worth trying to adapt it to the max to what you're writing at the moment, so as to achieve the best possible result.

READ on  What you can learn, learning to write

The structure of the screenplay of the film

The screenplay for the movie it's a plan-of-action of a story. It is derived from a story, or a script that is the result of a story that has a main plot, and other story lines parallel.

The structure of the script involves a beginning, a middle and an end. The first part is known as the presentation of the story. And then you have the beginning of the development, which is due to the fact that the characters take the lead and the plot take shape. At the end, there is the discovery of the mystery, the revelation, and the resolution is when the storyline came to an end.

The architecture of the screenplay of the film

The architecture of the screenplay of the film includes a delineation of the elements of a story: beginning, middle, and end. For writers, it is up to the task of arranging these elements, and to provide you with information about what is happening in a way that establishes the core of the dramatic order of the plant is a major issue in which the viewer will guide you to the mental and emotional strain. Something important must be at stake in the start-plant-for-the expectation of what's going to happen from here as to how this problem or situation, in the course of the film, it will sort itself out.

In the proper sense of the narrative focuses on the fact that the ‘emotional connection’ it played a crucial role in the closure of the story, and the solution to the core issue.

Why is it necessary for the screenplay of the film

The screenplay of the film is necessary, because it translates the whole idea that you have for the movie.

Be it an animation, fiction, documentary, drama, and comedy, it is necessary to understand what the designer can do to make a film of high quality.

This is why all the film scripts have an “essence” of what should be there because they are interested in the script, almost like a screenplay of the novel, the word-by-word.

The other thing is that it doesn't have to be as long as a road map for the novel, it is because some parts of it are to be interpreted as the camera or music.

All the film scripts use a lot of the point of view of the characters, so the text must be well-crafted and engaging with a few of the moments of the dramatic build-up and is the focus of a narrative.

So, the key elements that should not be missing in the script of the film is the beginning, the middle and the end. It is a logical consequence of the acts comprised in a long time.

Set up this space, which is a key supporter of the dramatic build-up in order to be able to guide the writer on the events and the time is correct.

To write the screenplay of the movie, the secret is to get out of your comfort zone.

So, the script will be something that is visually engaging, but also very uplifting and, who knows, giving you the feeling of a “memorable one”. And the biggest secret of all is the writing of a good script.

In the end we left a valuable hint Doc Comparato, a great author, which he says in his book: “the Script is written to any of the audio-visual sector. ... However, this material is written, you can't say anything about that, so it's a good script, it doesn't guarantee a good movie, but without a road map, there is not a good movie.”

For that you have to recite poetry is the best way to learn how to do it
08/06/2022
Search
Tags
literacy learning art the art of writing attributes top audiovisual Blog block creative movie an understanding of the text written communication skills verbal communication contents translation the creation of the content entertainment type to write stories writing creative writing fiction writing the writer express thoughts to express feelings performing arts fiction language Internet read reading is fundamental lettering and creative language literature children's literature Marketing digital marketing online marketing content optimization thoughts directions SEO to be a human being web sites dreams come true technology
Interesting Sites
“Winning in the hood” (the " WEB site to the literature
The story of a young woman in the hood. He's going to hell, to heaven, through situations, such as out in a very short space of time. Go Winning in the hood
Show more
Show less
“Pi is a story of a family” (the " WEB site to the literature
In the search for his daughter, after which it was carried away by the mother leaves the father's in the queue for the meet this little girl who is now a young woman, an adult. Go The Pi is a story of a family
Show more
Show less
Questions and Answers
Go to Top