Everything you want in life is to be told a story."

The subjects of the Written 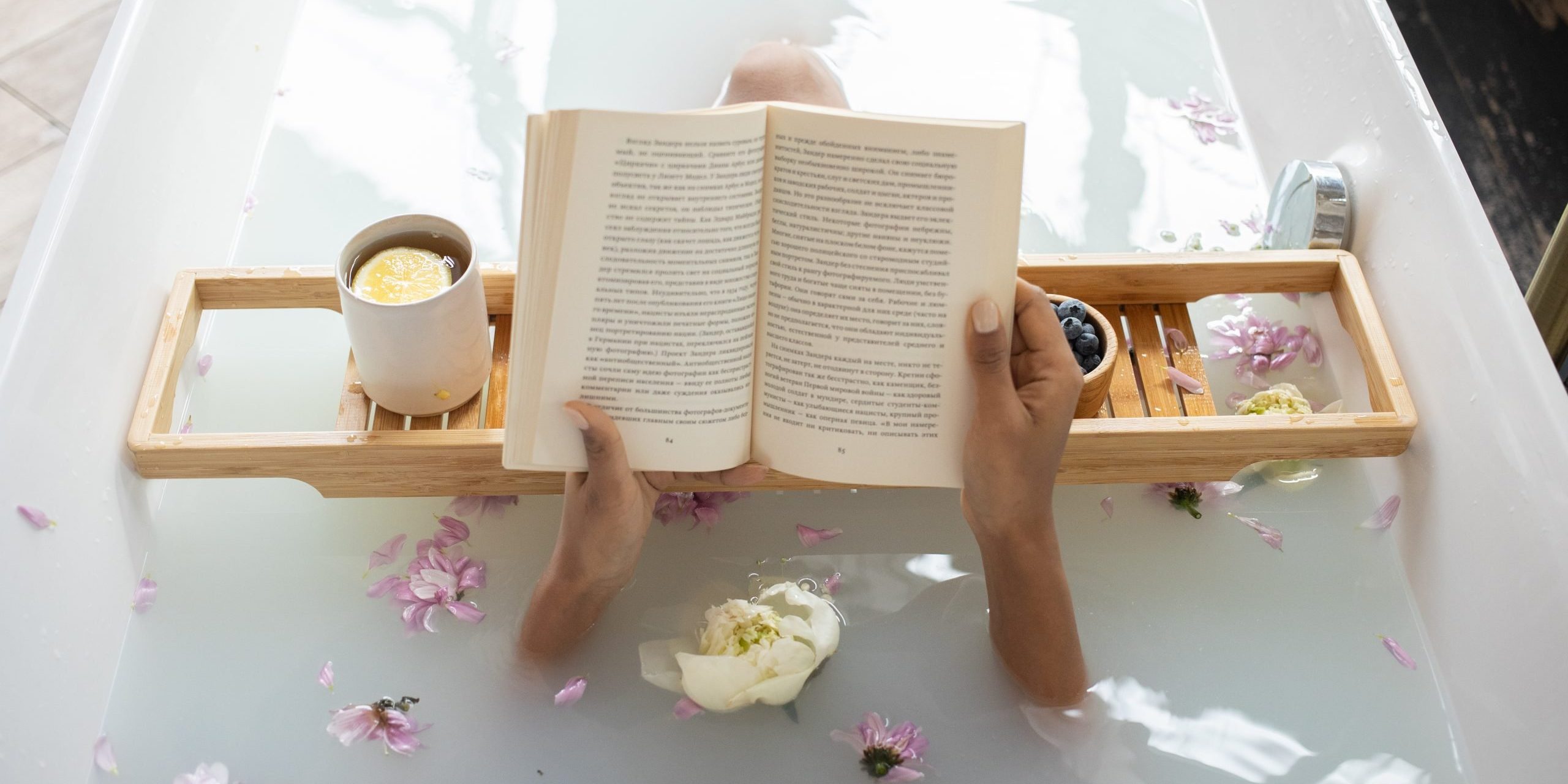 At his is a very common question, and the answer to that is very simple to do. The literature, which is also called the art of verbal, that is, the creation of texts in which the writer tries to print in readers a feeling, an emotion. How can this be done? Here is where the work of art in the call to the literature that seeks to achieve one goal: to get closer to the player.

Some people may suppose, that, in the literature, it is just a fiction, but that's not the case at all. The literature is any written work, whether of fictional or non-fictional. When you're trying to define what it is to literature, it is important to look at the different parts of this definition. The writing, the reading, there is far more to the literature, and how does it impact on our culture today.

In the literature, can be understood as the art of writing, as well, to get to know the topics, methods and techniques, as well as the creativity and the ability to express themselves.

Some people may say that it's the best book you have ever read. Others would say that it is one of the best pictures you've ever seen. But what exactly makes for one item is a sample in literature?

A wide variety of information in the literature

Some people believe that people's lives have changed completely with the advent of the internet.

The argument for this is the fact that the internet has made it easier for the dissemination of information, and this technology has made life easier for thousands of people on a daily basis.

But, as many say, the internet is just one more way the information is the same.

So, to put that into context, the information from the literature, it is an ancient form of communication.

Each and every theme that can be in your own unique way of presentation, and, of course, the text is written in, is one of the most under appreciated by the majority of the people.

As each season has a way of writing, it is not surprising that the literary texts to express their feelings in a different way through different themes. This is how to understand the aesthetic for your information, the subliminal message of the author, many, many times. This is how you feel, or to understand the aspects of the language, and the nuances that make or made the difference at the end of the period, in which you live, or have lived in the writers ' room.

But, then, what, exactly, makes for an item that is an example of a literature?

I believe that you will be on the way to a multi-readable way up to the imagination, and the purpose behind what you write.

READ on  As writers, are independent, can aspire to succeed?

What is the importance of the social in the literature

Consider that in the literature, it is the largest components of the communication and expression of a human. This is the book that all people is a window to the heart. The reading habit influence in the development of creativity, intellect, and empathy.

In the literature, it becomes the books profoundly important and it helps to develop a sense of reading people, making it possible for them to come to you acquire more knowledge.

This process provides for the acquisition of a better learning experience, and is also in a way that is most suited to translate all the knowledge and experience of the book on their own lifetimes, allowing a socialization is more skilled at the end of the day.

But on the other hand, from a social point of view, you can debug in the social sense of the literature, thoughts, such as, for example:

“What did you do to the world if you're not worried about what other people say, or with their reactions?”

This is the challenge and the people who have always wanted to make the world a better place, but they are afraid of being seen as unreasonable (as dream to change the world, it's not a dream-small), but the fear of being judged and belittled. These people always wanted to be free and to be accepted as you are, but you are afraid they will lose the respect of the people. And then, in a daisy-chain lead to psychological, can trigger the much talked about “paralysis”. The person does not go neither to one side nor to the other.

The purpose of the literature

In the literature, it is a human activity that has as its main objective the production of the art, literary, expressive and representative, was refined in the authorial subjectivity and the subject of the communication.

There are those who would use it to express themselves and communicate with others, and with the use of animals, people and even objects, to represent you, the people that want to express themselves, but also those of a more intimate set-ups, which argue for the existence of the human skin of a character is an intriguing and multi-faceted.

In the literature, it is a form of art, is a genre of art in which it works with the imagination of the way to the deep, complex, and unique.

It can be used to achieve the other, to help the people that are involved, in order to communicate the feelings, the experiences, feelings, and thoughts, and to share ideas to share. It can also be used as a form of protest, or as a way to to catch the eye of someone else.

In the literature, as well as to reflect on certain topics. There are several different types of literature, such as poetry, fiction, prose, criticism, etc.

READ on  How to improve your reading comprehension

What is the role of the literature

In the literature, it has a lot of functions. One of them is to lessen the pain of the souls of those who read it (and the so-called readers), because the life is short, and the writing can be a long one!

It is here that, as in the tuning of the breath of invisible, she touches it and, who knows, he invites us to dive into the low forehead, stepping out in our “field of light”. If this happens, you will be able to understand that, in the words of the Madnessis the most difficult to create something that's beautiful and correct, and that's fine.”

But it is the role of literature in the world today, just as it was in the past, and as it is now, it is debated by historians, critics, and also for the readers.

It is impossible, therefore, to offer some sort of a conclusion in a fully scientific, and final approval. In addition to this, we would need to consider in a discussion such as this one, in the general literature (poems, short stories, novels, movies, and more), because you have one thing in common: the search for a sense of the world and of life.

Take into account the fact that the role of the literature, it is also to create images and interact with the external world, and that it is out of the book, creating this connection, the timeless one. And it's all in the books is placed in a way that is universal, and is for the writers always do a comparison, in some way, in some way, and also there is a problem that you have lived or will live in the future.

The historian of English G. M. Young University he wrote that the task of literature is to provide the man with a clear vision for yourself, your current situation and your past; it's a way to make it clear, to have a good time, and desassossegar; it is mainly a way to express the deepest concerns of the human spirit, and the wake-up his awareness of the serious responsibilities that are imposed by their own existence.

What we can infer, then, is that in the literature, it is very important for the mankind and it can be classified as one of the human activities that contribute the most to the advancement and development of the other.

Its main purpose is to make human beings think about themselves and the world around them, developing their analytical and critical success, as well as providing the reader with a broader view on the issues of concern to the man.

For me, to write is to live in the imagination of a child at play. This is in addition to take care of it – because we've found it – allows you to make the world a lot more colorful.

Publications and digital content to different types of media. The digital business is their business, and design.

The intention is always related to what we want in that moment, right here, right now. Have the learning objectives that are tied to a desire for the future. www.letrascriativas.com/assuntos-da-escrita/intencionalidade/ ... See MoreShow Less

What is the difference between an intention and a goal.

A competency is a virtue that needs to be developed in the course of your life, for the benefit of the person to be responsible. www.letrascriativas.com/significados/competencia/ ... See MoreShow Less

How to be a person who is responsible for life: it's 11 helpful hints

For that you have to recite poetry is the best way to learn how to do it
08/06/2022
Search
Tags
literacy learning art the art of writing attributes top audiovisual Blog block creative movie an understanding of the text written communication skills verbal communication contents translation the creation of the content entertainment type to write stories writing creative writing fiction writing the writer express thoughts to express feelings performing arts fiction language Internet read reading is fundamental lettering and creative language literature children's literature Marketing digital marketing online marketing content optimization thoughts directions SEO to be a human being web sites dreams come true technology
Interesting Sites
“Winning in the hood” (the " WEB site to the literature
The story of a young woman in the hood. He's going to hell, to heaven, through situations, such as out in a very short space of time. Go Winning in the hood
Show more
Show less
“Pi is a story of a family” (the " WEB site to the literature
In the search for his daughter, after which it was carried away by the mother leaves the father's in the queue for the meet this little girl who is now a young woman, an adult. Go The Pi is a story of a family
Show more
Show less
Questions and Answers
Go to Top